The Most Underrated Bassist Of The Common Era 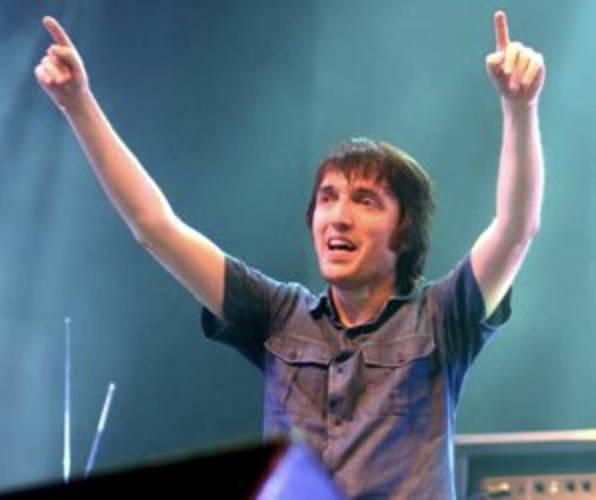 The Most Underrated Bassist Of the Common Era

I know, astonishing that this shmuck with some fucking blog in who knows where, has the gall to post the above title.

I don’t think this is a revelation to us fans, or even the man himself, but if I’m bothering to write about it, you’re bothering to read about it, there’s something worth discussing about it. Lest we forget this master of the four-string is all I’m saying.

If you want to debate this with me in the comments all day my opinion will never falter; Colin Greenwood is undoubtedly the most underrated of all Bassists in the common era. There’s some Jazz guys that you may get me for, sure, fair enough. Worthwhile mention. Some early rockabilly kid-o’s I’m sure were comparable but none as calculative.

Colin knows his place in the band and is totally cool with it. He’s always been the shy teenager type on stage (though these days he does so with some more swagger) who just went with it. He just does his thing. Sometimes so seamlessly it goes unnoticed (the mark of a true artist?). To my understanding, he’s a real book nerd and enjoys Chess. He sounds like a lovely person to just go grab a beer with. I think this sense of humility that consumes this man is sometimes a hard one to grasp for arena-rock acts. But not the case for our Alt-rock heroes. Colin keeps the background nice and chill, grooving along with whatever insane vibes his bandmates want to huck at him. Colin knows this much, for sure, know your role. And he knows it damn well.

I am clearly not the first person to pose this, nor will I be the last, nor do I really care about your opinion, You’re reading this for my opinion and if you haven’t left by now, what’s a few more lines, eh?

In line to see them at MSG this past Summer. I chatted a bit with another fan who’d went to nearly the full week of shows. He said I don’t know what it is but Radiohead is just so solid live. I replied with, “It’s the bass.” The guy sort of stopped to think a moment and said, yeah, yeah, it really is the bass. So, this is clearly not a shocking new revelation I’m putting out there. We all know Colin’s skill but because he stands in the back he sometimes goes unnoticed, until you really think about it, only to realize, “Yeah, this guy is a damn genius.”

His popular riffs thanks to Myxomatosis and The National Anthem, where he actually stands at the Sonic forefront. But what about Weird Fishes (arpeggi)? Or, I Might be Wrong? The mix seems to set him adrift. Perhaps it’s why he always lands in the pocket. His ability to groove and syncopate with Drummer, Phil Selway, is a musical relationship rarely seen. Maybe his genius lies in knowing where to step back.

Tomes about this band have and will be manifested. Volumes on Thom’s melodious range. Textbooks on mastering, ‘The Jonny Effect’. How to’s on creating dissonance like Ed. Drumming techniques as taught by Phil. I’d be extremely disappointed to see a lack of material generated about Colin (hence this article). His problem is that he is surrounded by genius, which inevitably puts him in a corner. A good problem to have with the bandmates named.

I’m no Bass expert. I dabble but I’m no Bass player. Colin’s rhythms have always spoken most to me, out of all the surrounding, ethereal swirlings we know his Band for. His parts were always the songs I’d try to learn. Next time you see them come around make sure to throw some love towards the back of the stage, where him and Phil are holding shit down. You will not be disappointed.