Autolux and the ever-lasting appeal of Noise Rock - Why do We Enjoy It's Brutality? 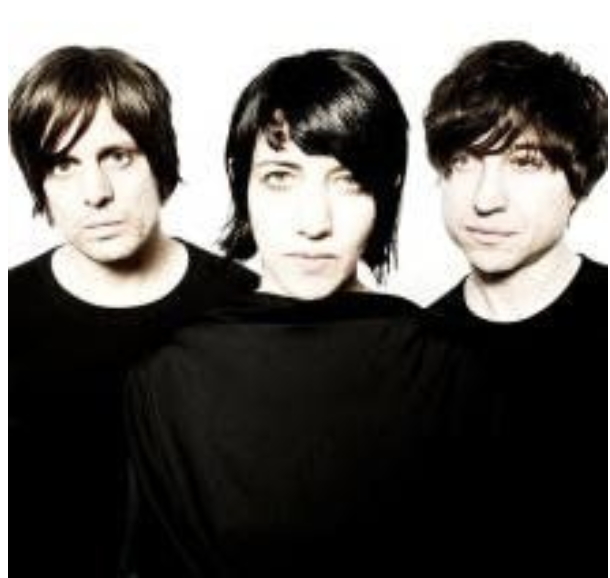 Autolux and The Ever-Lasting Appeal of Noise Rock

“But noises effect is not primarily negative. One hears also a positive effect of noise: to give force to music, to provide the implicated reserve of sense.” – Adam Evens, Sound Ideas: Music, Machines and Experience, 2005.

I’ve been a fan of the quirky musical genre called noise-rock forever. My friends and I still seek understanding as to what it is about this music that makes us such huge fans of its Atypical form. How could one enjoy the sound of something that others classify as “wrong?” Above, in all of two sentences, Adam Evens managed to thoroughly explain what exactly I enjoy about noise, Autolux and noise-rock. It is the purposeful delivery and intensity of the noise that makes it so appealing. The music’s force and raw emotion draws its fan-base closer to this noise.

The Enticing Chaos in Person

I ventured to New York City for two nights, Sept. 14 and 15 years ago, to see one of my favorite bands. That band being the Los Angeles-based “noise-rock” trio Autolux (https://autolux.net/). The band hadn’t made their way to the East Coast for five years, and I could not be more excited to experience the music of a band that really no one has ever heard of.

Right on Top of those Monitors, Baby

My friends and I made our way up to the stage to ensure the maximum amount of sound was hammered into our skulls. Part of Autolux’s style was, and still is (although significantly less), a mystery to me. They utilize so much technology and eccentric playing techniques that I was intrigued just as much to see Autolux as I was to hear them.

I find this counterpoint between seeing & hearing a band is the reason why I still frequent so many concerts. Watching the re-construction of what I have heard so many times on a recording is the most valuable tool a musician can harness. A non-musician friend echoed my own beliefs when he told me that he enjoyed watching the deconstruction of conventional music within Noise-Rock “..to a level where it somehow regains melody.”

Bassist Eugene Goreshter actually carries most of the melody with his punchy and distorted timbre. As Eugene strums chords on his Bass and hammers away on the strings with his fingers, it is epic to watch Guitarist Greg Edwards envelope the lower register in a shroud of layers and loops. Tying all this chaos together is the traditional and extremely syncopated Drumming of Carla Azar.

These three individuals blew my mind. Afterwards I could not understand how only three people managed to create such a sonic assault. “This is the way they think,” I recall saying to my friend, “it is incredible that when they sit down to jam and flesh-out ideas this is what pops into their minds first.”

Guitarist/Backing Vocalist Greg Edwards, of Failure fame, provides all the space-rock elements you may wish to hear. As it turns out, a lot of the melodies you would assume are guitar parts are actually played on Bass by Eugene and massive amounts of distortion. Greg is more sneaky. Fluffing out the core Carla and Eugene have handed him and blanketing that structure in various effects, tweaks and twinges is most certainly his specialty.

Drumming Robot in Human Form, Carla Azar, never fails to intrigue me. She might play the most chaotic and frenetic of parts throughout the entire sonic effort that comprises this act. Yet, you may never even notice, since her amazing affinity toward rhythm and syncopation allows her the opportunity to fly under the radar until she needs to shine, which she can do in spades (at the drop of a hat). It’s enjoyable to see that when she is not working with Autolux she keeps busy as a touring drummer. Most notable of late was her appearance on Jack White’s most recent tour, where she tore. Shit. Up. I don’t even recall cheering for Jack. For me, The night was all about Carla.

An assault on (not only) the Ears

What is it that draws us to this ‘Noise’ concert and the aesthetic of ‘Autolux and Noise-Rock’? This is a concept friends and I have been carefully questioning for some time now. The rumble of the Bass churns your stomach and slaps you in the face. The higher frequency spectrum screams and hurts at times. The vocals are nearly unintelligible. Why would we pay twenty-five dollars each to be attacked by sound?

First, I think we choose to be ‘attacked’ by sound because this is not an opportunity which frequently presents itself. Attacking our senses of sight or taste is simple. It can be achieved with a strobe light or the taste of rotten food, but sound is unique. The body is the resonant chamber which becomes part of the show. Your own form will distort the sound waves and shape them differently. Your very being at a concert asserts your aural importance to the event.

To get to the root of this issue I consulted some friends on their opinions. It seems we all agree, for the most part, about which attributes draw us to the excitement of Noise-Rock.

It should be noted that no friends saw the Evens comment until I showed it to them. With this being said it is eery how Evens’ comment applies to not only my love of Noise but other fans’ preference as well. One friend said that, “for me, there’s a certain rush associated with it. and there’s thrill in the challenge of finding a melody under the sheaths of feedback.”

The “Attitude of Noise”

A friend expressed how he “likes the attitude of noise,” and that “I can just imagine someone getting really frustrated with their instrument and just pounding on it.” Once I presented them with the Evens comment there was no dispute from any of them. Everyone emphatically agreed that the force of this genre is what calls them to it. I imagine if Autolux read Evens’ statement from the opening they can easily agree and that the intensity of Noise is what drives them to create it.

As I’m sure plenty of you are aware of the, “From the Basement” series, check out Autolux performing their dope ass song Plantlife from their debut album circa a decade ago –