The Japanese act stops on by to discuss their new LP! 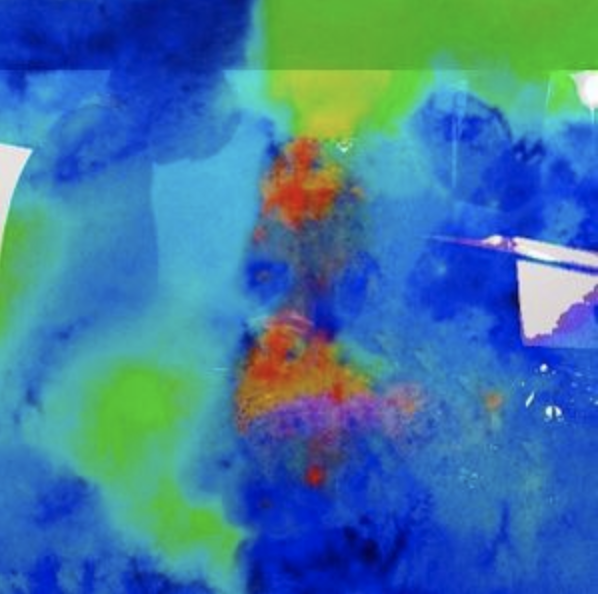 I love to keep things as global as possible here at Chuckw.com and I think we've reached the boundaries of distance that Earth can provide, so we're headed to Outer Space! Today, I have the pleasure of interviewing interstellar, Galactic band, Four Apples (on their release day!). They've just released their second LP, People On The Galaxy, and it absolutely tears!

Thanks so much for sitting down with me today folks. It's such a genuine joy to speak with the artists creating the music I enjoy, creating at the same time as me, in a completely different way. You really nailed it with People On The Galaxy and I'm glad to be discussing it here with you the day of it's release!

I'm glad to get to know a creative person like you through this interview. Thank you. And thank you for listening to our new album, "People On The Galaxy".

What instruments can we say made up this album?

This time, we made most of it using multiple synthesizers from Korg. From the outset, though, we never worked with much gear. As of today, we're still building up our arsenal. The drum-machine used is the fantastic Arturia machine, the Drumbrute Impact. It's heard on all the tracks. This Album, we applied a special effect to some of the kicks and synths to create a nostalgic, slightly dirty LoFi sound. If you listen to the track, "Delete Movement (is Cheap)," it features the newly purchased and great acid machine- The "Behringer TD-3". You'll also notice a little soft synth generated right from the DAW.

What genre do you view yourselves as?

Broadly speaking, I'd think we can call it Techno. But, we don't care about the genre. We just express what we think is good, what we are influenced by, what we think is beautiful in the world, and anger at things. We believe that whatever sound we make is part of our counter music. We don't have the idea of ​​sticking to something major, or labeling ourselves in such a fashion.

Trent Reznor, whom we adore, said in past interviews:

"Artists are trying to make music to please the tastemakers that tell the sheep what to like. It’s a vicious cycle and I think it’s unhealthy. I don’t see any Princes emerging on the scene today. I see a lot of people making formulaic, made to please, vegan restaurant patron-type s*. And I think it creates an environment where people are too f*in’ worried about what other people have to say."

We will continue to create what we think is good.

Who is Four Apples?

Well, we may be a solo project. We may be a multi-person project .... It doesn't matter how many people we are or even who we are. We wish only to be recognized as a group that makes beautiful and unpleasant sounds. It's like Banksy… More a notion then the concept as a whole.

Take me through your creative process. You're writing a song. How do you build it A to Z?

First, assemble the rhythm. Record it in DAW at Para Out. After adjusting the rhythm part, record the bass synth. Then, record a melody synthesizer or a guitar etc., apply effects, mix, and master. Quantization is not used.

Total nerd question. Sorry to readers who are not nerds. What DAW are you using?

We ultimately used Logic Pro X. However, most work started in GarageBand.

You spoke of softsynths; Which ones were mainly used?

We used softsynths primarily for choral and violin sounds. We usually also use an analog external synthesizer. But, the choral work heard on, "She's Swim On Galaxy," and the violin sound heard on, "Luna's Dream," warranted a lighter sound. A lot of beautiful and light sounds are contained in Logic Pro X, so I used it for processing.

I like that you pointed to Trent Reznor as an influence - with so much going on in any given Four Apples song, who else might you label an influence as you did him?

We love songs and artists in many genres. Originally we were all in an alternative band together. Namely, we love techno, but also love rock, blues and punk-rock. To be more specific, we all like Nirvana and our mutual favorite album is Raw Power, from Iggy and the Stooges. That's not intended to leave out major influences like Led Zeppelin, Public Image Ltd., The Beatles, The Ramones, Stone Roses, The Velvet Underground, Rage Against The Machine, The Chemical Brothers, Underworld, Kraftwerk, Hardfloor, 808 State, Aphex Twin, Yellow Magic Orchestra, Daft Punk, Auteche, Bjork, Massive Attack, and I could go on ...

What in your own words IS Four Apples?

If we could give our music a unique name… I think I'd create something like 'Electronicx Punk'. This word 'Electronicx' may be most suitable. We consider our music to be electronic punk rock. Four Apples' music doesn't need rules and laws. Of course, if you know the theory, it will be a "weapon."  However, I think it is important to think and challenge things that destroy theory or recklessly. We must embody the DIY spirit taught by Punk Rock. So, this is why we think of our music as Electronic x Punk. That is, if you have to give it a name.

How is it you came to be known as Four Apples? Where does the name stem from?

There are several reasons -

One is based in their presence at the funeral of a member's beloved grandmother. At the funeral, the four apples he was carrying dropped. At that time, he was wondering if he should try new music alone. At that moment, he felt that his grandmother told him that he should take the road (It might have been a daydream).

The second is from the great Painter, Paul Cezanne and his classic piece, "Four Apples." He is a great Painter who also influenced other Painters we hold near and dear to our heart, such as Jackson Pollock and others. One of the reasons we appreciate Cezanne so much is that he so greatly influenced Pollack, another great Painter who created his own method.

Third, the apple is a symbol of wisdom. I connect it by frequently reminding myself that nothing will stop us from making the music we want to, and making the most of our collective wisdom by challenging ourselves within our playing.

You mentioned Banksy before, how his/her/their influence has led to make Four Apples more a thought than a "band" - What other non-musical artists do you look to for inspiration and how have they shaped the Four Apples sound without ever hitting a note themselves?

Banksy is presently one of the few anarchic, creative and psychic spirits of DIY. His work is great and worthy of respect. Other non-musical influences include Jackson Pollock, Taro Okamoto, Van Gogh and Claude Monet. Most people believe that money, status, fame, major things, and what everyone likes are wonderful. Most people think that the correct answer is that it looks beautiful and does not harm anyone.

We’re not interested in non-dangerous works, safe works, non-poisonous art, or music/art that would be sullied by being of a more traditionally monetarily rich status.

Even a poor person, or strange person can respect that sort of artistic individuality and uniqueness. These people are crying out for us to be DIY, to be rebellious, possess a screaming heart. It is with our unique sounds and works which we create that we are able to truly tug at their heart strings and make them feel something.

Ladies and Gents - That was Four Apples!

Please make sure to give a listen to their 2nd LP, People On The Galaxy, available on all platforms and linked to here. Then, when you're done, listen to everything else they've posted! I'd like to thank them again for sitting down and explaining a bit more about their views and processes. I'm not sure about you, but I know I'm already anxiously awaiting album three!